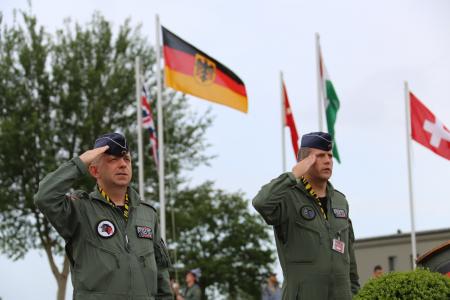 The NATO Tiger Meet 2014 was kicked into motion today.

After The arrival of (most) of the participating Aircraft, we are still missing the specially painted Eurofighter from 74 Sqn and A specially Painted Rafale M from 11F. the Base Commander from Fliegerhorst Schleswig-Jagel officially opened the exercise with the traditional flag parade. 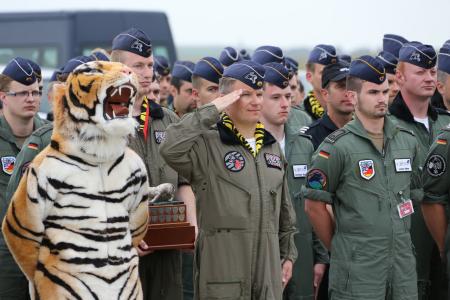 Other news from within our community is that both 6 Sqn, Polish Air Force and 59/1 Sqn, Hungarian air force are from this day on Full Members of The NATO Tiger Association.
Congratulations to both. Also the news that 1 Sqn Awacs is participating by flying out of Their home-Base Geilenkirchen is not correct, they are flying from their FOL in Ørland… making it the 3rd year in a row that they are flying from their Norwegian home away from home to participate in a Tiger Meet. 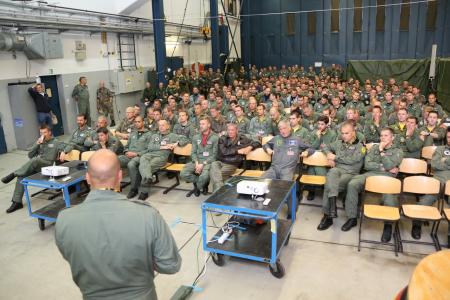 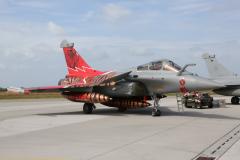 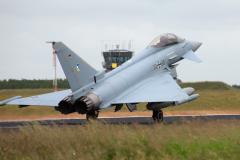