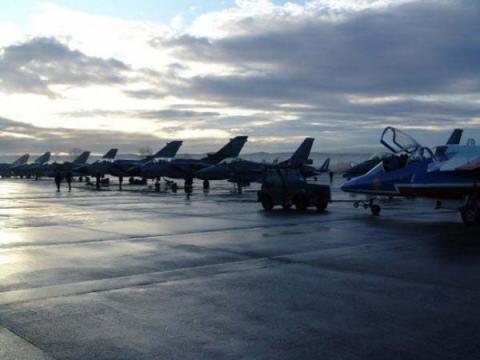 An almost-mini-meet occurred on Thursday, December 3rd, 2009, on the occasion of E.C 01.012 “Cambresis” inaugurating partnership with the French Air Force Academy class of 2009.
Along with 5 Mirages 2000C from Cambrai,

were on static display at Salon-de-Provence AFB after performing a common training mission over the mountains of central France. 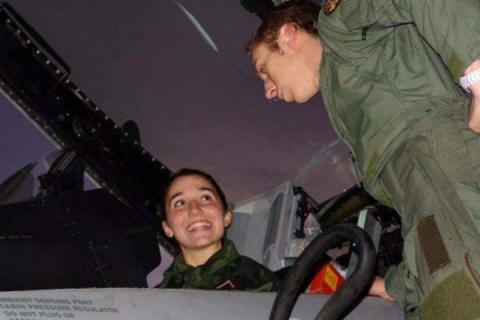 As the freshmen received E.C 01.012 squadron insignias from the hands of the French pilots led by “Mitch”, the C.O of 01.012 squadron, the NATO Tiger Association chairmanship passed from name removed for security reasons, C.O of 31 Squadron (BAF) to “Jimi”, C.O of 313 Squadron (RNlAF), under the watchful eyes of the legendary “Don” and “Damned”.

The whole troop then attended a formal dinner in the pure Tiger style, with “Shreck” acting as the ubiquitous Mr. Vice, and the night ended in the three common rooms of the 09’s dorms, each of which had been decorated in honor of one of the three “escadrilles” composing 01.012 squadron (SPA 89 “Wasps”, SPA 162 “Tigers”, and SPA 166 “Birds of Prey”).