And with the setting of the sun on Thursday evening the 15 national flag's of the participating squadrons , and host nation where lowered again.
This ment that NATO Tiger Meet 2016 was over. 2 weeks of hard work have left a mark on all. with just under 1000 sorties flown, It's was huge, the biggest Tiger meet in our 55 year history.
And something that unfortunately will not be surpassed any time soon. Our future hosts have only limited ramp space available, but than again, where will you find another base like Zaragoza with it's impressively large southern apron.
You must give it to the American's, everything they do or have is bigger, even Bases abroad.
And then there where the awards... Like every year, the hearsay was going round already for a few day's about who would take the o so desired Silver Tiger home.
But the silver tiger is not the only trophy that is up for grabs every year. In fact there are 5 different categories with the overall the silver tiger.
These 5 categories and their winners are: 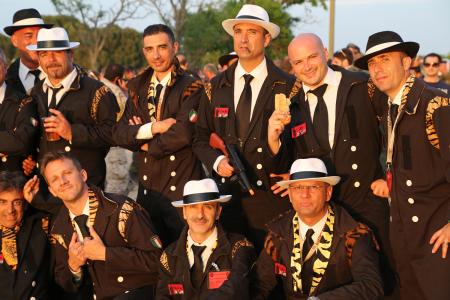 And, for the 9th time, OK officially for the 8,5th time, they had to split the trophy once, the honor of Winning The Silver Tiger Trophy when't to the Belgian Air forces 31 'Tiger' Squadron. The oldest surviving member of the association.
Their presence is noted everywhere you look, In the air as on the ground, and it's a great bunch of guy's and girls.

There is however since a few years also a new trophy, The Special Tiger Spirit award, this trophy can be awarded to any single tiger, or group of tigers that have one way or another showed that they have what it takes. This award is voted on by the Tiger association advisors, and was presented this year to the tigers from 12° gruppo, Italy. They are year after year experiencing difficult times to get permission from HQ to attend the tiger meet. last year the squadron commander, and 1 other tiger where allowed to bring 2 jets to Konya for the weekend. All other available 12° gruppo members travelled to Turkey commercially on their own expense. This year they where already permitted to bring 6 jets to Zaragoza for an extended weekend stay, where 2 of them had the opportunity to fly a mission against the local Ala 15 hornets. Again all other available pilots travelled to Spain on their own expense, prooving that they have the spirit.

Next year the Tigers will all deploy To BAN Landiviseau, where are Hosts, The 11F will welcome us with open arms for NATO Tiger Meet 2017. 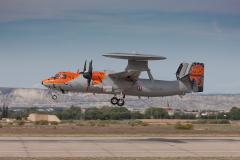 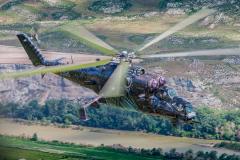 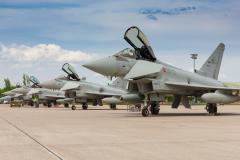