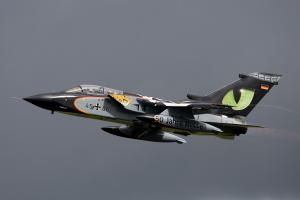 The German AF 51st Reconnaissance Wing (AG51 "I") celebrates it's 50th anniversary on Saturday 11 July 2009, however this anniversary will have a bitter after-taste, with the upcoming disbandment of the 2nd staffel.

A 50th Anniversary is for most squadrons or wings an excellent time to feast, this is no different for AG 51. This German Recce squadron that was founded in Erdingen on July 7th, 1959. However the forthcoming Disbandment and Fly-out of it's second staffel (512 Staffel) will have a strong impact on the entire Geschwader. The 50th Anniversary specially decorated Tornado, shows it's tribute to 512 Staffel clearly on it's belly, with the words “LAST CALL 512”. 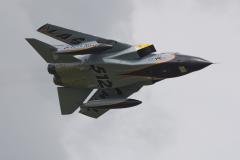