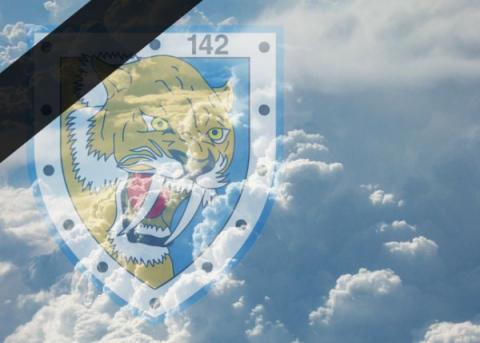 Early in the morning of last Tuesday 20-Jan-09, three members of the Spanish Air Force 142 Tiger Squadron lost their lives after a more than likely - yet officially unconfirmed until the mishap report is released - mid-air collision between a two-seat Mirage F-1B jet and a single-seat F-1M fighter while conducting a combat training mission within the confines of Albacete’s local airspace.

Due to this tragic event, the Tiger community has lost three of their members who were exemplar representatives belonging to different stages of the real Tiger spirit: From the enthusiasm displayed by Lt. Cubillas at the initial months of his first assignment in an operational Squadron and the constant way to tactical leadership followed by Capt. Carbonell, to the serenity and experience of Capt. Negrete, with a well-known tiger reputation after taking part on numerous Tiger Meets among other national and international exercises.

We, as military aviators, wish to salute our comrades with the maximum respect that can be shown to those who gave their lives while accomplishing their assigned mission. We, as tiger fellows, are committed to provide their relatives and all the 142 Tiger Squadron members with our warm condolences and understanding.
Now, it is time for mourning and a respectful farewell of these three fighter pilots. But, in addition to that, it is time for all those who feel proud to be called tigers to help the 142 Tiger Squadron mates to remain firm and standing against adversity and counteract their pain and sadness with our support.

The 142 Tiger Squadron has been on top of the NATO Tiger Association for a great deal of years and so it will keep on being once this shocking event has been overcome. There is inevitably a very long way to get over this fatal accident. But you will not walk alone. You are supported by hundreds, because: “Once a Tiger, always a Tiger”.