Tigers of the Night 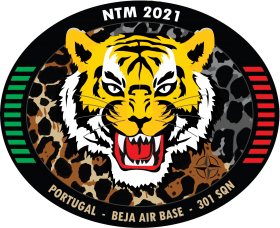 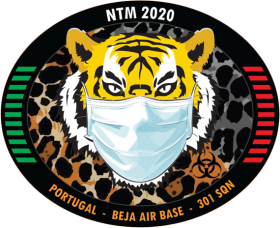 After last year’s NATO Tiger Meet had to be cancelled due the COVID-19 pandemic, this year brought another edition of the high value exercise on Beja Air Base / Portugal. The famous Tiger Meet celebrates this year its 60th birthday and came up with some innovations.

Beja Air Base, Portugal – In the middle of the fresh spring green of the south Portuguese region Alentejo, the 15000 inhabitants counting town of Beja is rising on a small hill. This local metropole with its medieval city center, located just 150 kilometers southeast of the Portuguese capital Lisbon caught quite some public attention in the beginning of May, when the NATO Tiger Meet exercise was started on the close by air base. Already planned for May 2020, this annual high-value exercise had to be postponed until this spring due to CO-VID-19. For a long time, the hosts of the Esquadra 301 were concerned about whether the exer-cise could take place or not. In some moments it seemed quite questionable, especially given the high COVID-19 incidence numbers in Portugal at the beginning of the year.

"We made it possible" - Major Emidio Fernandez, squadron commander of the organizing Esquadra 301 from Monte Real, says: "It would have been easy to cancel the exercise, but we did everything we could to carry out the exercise under COVID-19 restrictions and still make it safe for the participants". Colonel Carlos Lourenço of the Portuguese Air Command in Lisbon sees it in a similar way. As a representative of the higher command authorities of the Portuguese Air Force and responsible for conducting the exercise in place at Beja Air Base, he has the following comment: "Our goal with the NATO Tiger Meet 2021 was to show that despite the pandemic, a safe exercise is possible together with excellent operational training. The multinational exercise "Real Thaw", which was successfully carried out at the end of March at Beja Air Base helped us a lot with the go-nogo decision. It was something like a rehearsal for the NATO Tiger Meet," he says, adding: "Apart from having a special health concept for the exercise, we also included new branches, such as cyber warfare and space warning. We also focused on digitization and a mainly contactless exercise."On top of a permanent mask obligation and other hygiene measures, COVID-19 tests were routinely performed with the participants during the exercise and shortly before returning home.

Best conditions – For the exercise itself, the Beja Air Base was perfect. Originally built and used by the German Luftwaffe between the 1960s and 1990s, the airfield can accommodate up to 120 aircraft. The huge parking area in front of the four large aircraft hangars arranged in a striking semi-circle was the center of activity between the flight periods. For high-value training in the entire range of Composite Air Operations (COMAO), a 200 x 400 nautical mile reserved airspace over the Atlantic and southern Portugal offered best training options at almost all altitude levels. Whereas the fast jets mainly operated over the Atlantic Ocean, heli-ops with Joint Terminal Attack Controllers (JTACs) and Special Forces took place in designated areas over land.

Late dropouts - Despite several cancellations by Tiger squadrons, some 50 aircraft from 14 flying squadrons initially came together to train in COMAOs. The first week of the exercise then had an unpleasant surprise for the 900 participants at Beja Air Base. The Dutch detachment of the 313 Squadron from Volkel had some COVID-19 cases shortly after arrival, despite careful testing in advance. After mass testing and prophylactic quarantine in the middle of the first week of the exercise, it was decided to send the Dutch contingent back home. "As a result, 10 F-16 jets dropped out for the exercise scenario. We had to compensate for this during the exercise”, explains Marcel S. from the civilian company CAE from Stolberg near Aachen/Germany. As a former Tornado air crew of the Luftwaffe and weapons instructor he looks back on a lot of exercise experience. For the second time CAE successfully supported a large-scale air force exercise with their expertise in terms of exercise flow and scenario control. For the hosts of the Esquadra301, it was a valuable support in carrying out and monitoring the exercise.

Innovation night flying – For the first time in the sixty-year history of the NATO Tiger Meet, tactical night missions were included in the planning. "In the first week of the exercise the night flying schedule shifted the entire daily routine" reports Senior Captain Nico S., who has been flying with the Esquadra 301 on F-16 jets as a Belgian exchange pilot since 2018. It's not his first Tiger Meet he's taking part in. Already with a well-known tiger squadron, the 31 Squadron of the Belgian Air Force from Kleine Brogel, he has often participated in this special high-value exercise. From his point of view, the NATO Tiger Meet has adapted to new operational requirements with the integration of night operations. New threats and scenarios are taken into account. Other branches of the armed forces, such as the Army with JTACs (Joint Terminal Attack Controllers) and SOF (Special Operation Forces), as well as the Navy, Cyber Warfare and Space Warning were involved in the exercise scenarios. The focus was put on the integration of many different weapon systems. In large COMAOs with more than 40 aircraft the missions were flown once a day followed up by extensive debriefings. A second flight period with smaller formations, the so-called "Shadow Waves", focused on specific training requirements of the individual squadrons. In addition, the so-called "Panther Waves" were added for the first time with night operations. "At night, everything looks different. Flying at night with NVG (Night Vision Goggles) must be practiced carefully", says Senior Captain Nico S. For him, the integration of night missions is an essential addition to the range of operations of the high-value exercise NATO Tiger Meet.

Tailored to individual training needs – One of the biggest detachments of this year’s Tiger Meet was 6 ELT from Poland. With 10 F-16 they showed up at Beja to take best advantage of the various training possibilities for their pilots and groundcrews. Their detachment commander, Lieutenant Colonel Arkadiusz Pietrzak, former 6 ELT squadron commander and now operations group commander of the 31st Tactical Air Base at Poznan is highly satisfied with the outcome of the exercise: „We brought many young pilots to this exercise, so that they could gain experience in a multinational environment. We were able to adjust the exercise play with our training needs and produced a considerable number of new mission commanders during the NTM“ he explains and adds: "Night sorties, which are rarely found in European exercises, were a big surplus for us. We are very happy to be part of the NATO Tiger Community. It gives us an excellent possibility to maintain a high quality of operational training and support brotherhood between the different squadrons."

Tiger Spirit - The normal social surplus of a NATO Tiger Meet with contacts to other squadrons and special events like International Night with food and drinks from all over the world or the sportive Tiger Games on the weekends could not be enjoyed this year. COVID-19 did not allow the social events at all. But nevertheless, the famous tiger spirit could still be felt clearly during the exercise. Some squadrons had put lot of effort in their tiger dresses and aircraft paintings. Hosting Esquadra 301 won the award for the “Best Tiger Scheme” for its painted F-16 and added the award “Best Flying Unit” to it. The famous “Silver Tiger Award” went to 12 Gruppo / Italian Air Force for best overall performance and was accompanied by the “Best Tigerdress Award”. The tiger advisors special award, the “Special Tiger Spirit Award” was given to Katsuhiko Tokunaga for his dedication to the NATO Tiger Community. Since 2011 the world known aerial photographer supports the NTA not only with his magnificent air-to-air pictures, but also with his assistance to produce the annual tiger meet book.

VIPs visiting – Major General Karsten Stoye, Chief of Staff of the NATO Allied Air Command from Ramstein, was one of the VIPs to visit Beja. During two exercise days at Beja Air Base, he gained a few impressions and has the following assessment: "NATO is very glad to have an exercise in Europe like the NATO Tiger Meet. It underlines its high level of operational readiness and shows its flag with different weapon platforms from many partner states". Major General Stoye also highly appreciates the efforts of the Portuguese Air Force for the fact that the exercise was conducted in an extremely professional manner, despite the COVID-19 pandemic. Besides these positive points, he also has a sad remark: "At this NATO Tiger Meet we miss a person in our rows, who has accompanied this exercise for decades as a senior advisor and good spirit. Don Verhees, retired COLONEL of the US Air Force, ex-Phantom Aircrew and Vietnam veteran has taken off for his "last flight" in March. We will not forget him and preserve his legacy with the NATO Tigers."

60 years of NATO Tigers – This year, the NATO Tigers can look back with pride on their story of success since 1961. For this reason, the 31 Squadron of the Belgian Air Force, one of the founding squadrons of the NATO Tiger Association, is organizing an anniversary event coming September, which is embedded in a week-long flying exercise that will be executed at Kleine Brogel Air Base in Belgium. This additional NATO Tiger Meet takes place under the name XTM21 (extra NTM) and will be accompanied by the neighboring Sanicole Air Show on the first weekend of September. It is hoped that by then there will be no major restrictions from the COVID-19 pandemic anymore. The 335 Squadron of the Hellenic Air Force from Araxos hopes so for the coming year as well. In May 2022, the squadron will host the next regular NATO Tiger Meet for the first time on Greek soil. 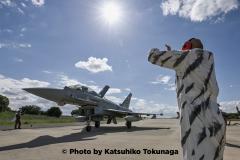 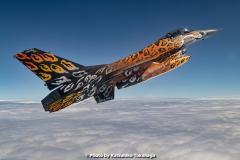 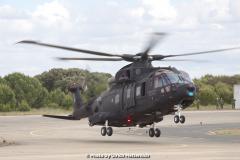 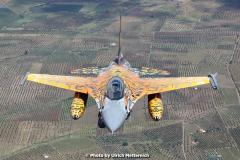 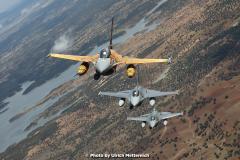 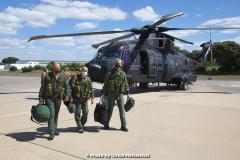 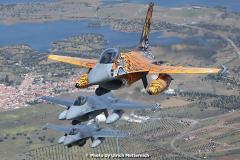 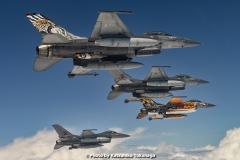 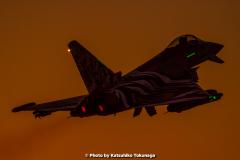 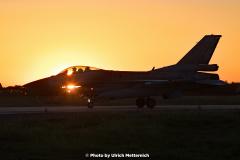 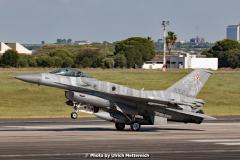 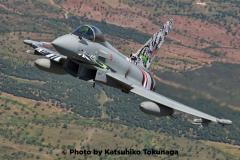 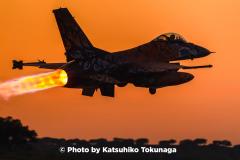 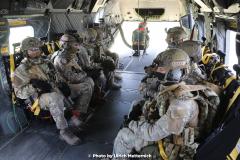 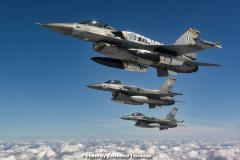 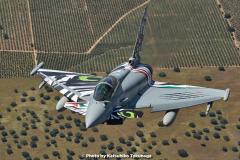 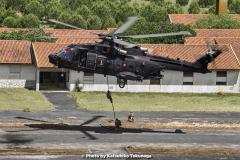 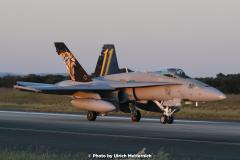