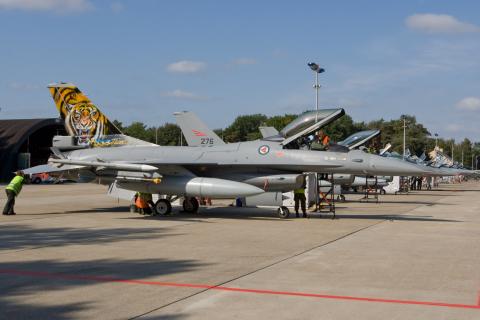 NTM 2012, unlike previously reported is NOT taking place in Portugal, but in Norway.

Due to increasing financial problems for Portugal, and the economic measures announced by the IMF last July. Budget for operational training for the Portuguese Air Force has suffered a drastic cutback, resulting in the cancellation of NTM 2012. luckily only days after the announcement by 301 Sqn, the CO of 338 squadron RNoAF has already convinced his Norwegian Generals, and has taken over the task of hosting NTM2012 in Ørland Main Air Station.