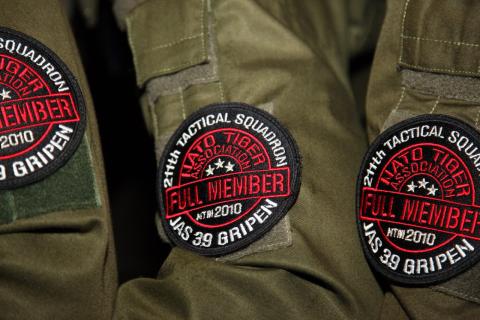 On Monday October 4th 2010 the NATO Tiger Meet 2010 participants arrived at VOLKEL AB, which hosts the NTM for the first time.

The 2010 Tiger Meet will be unforgettable for at least 1 squadron, 211 squadron from the Czech Republic, during the first day, and after 2 full participation's during in 2008 and 2009,  The squadron (flying the JAS-39 Gripen) was awarded full membership.