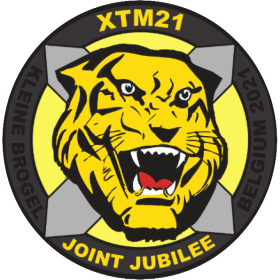 Flying squadrons of the NATO Tiger Association (NTA) met at Kleine Brogel Air Base in Belgium to honor the 60th anniversary of this special group of squadrons made up of units from many different countries.

Kleine Brogel, September 13th, 2021 - After the annual NATO Tiger Meet high-value air-exercise had already taken place at Beja Air Base / Portugal in May, the Tiger squadrons met again at the beginning of September to celebrate the 60th birthday of the NATO Tiger Association (NTA).

The host of the event, 31 Squadron of the Belgian Air Component, had originally planned a full two-week NATO Tiger Meet, along with the 70th anniversary of their squadron. After the rescheduling of the NTM 2020 in Beja / Portugal to May of this year, the flying exercise in Belgium was shortened to one week and was renamed to XTM (Extra Tiger Meet) - Joint Jubilee.
One month prior to exercise start the planned 4 days with operational flying had to be cancelled due to COVID-19 restrictions. Thus, the XTM was reduced to a weekend-only-event from Friday to Monday. Nevertheless, a total of 20 squadrons from all over Europe were represented at the XTM with 30 jets and two helicopters.

Triple Anniversary - In addition to the joint anniversary of 31 Squadron and the NTA, another anniversary took place, the 50th anniversary of the Sanicole Airshow Aeroclub. As part of the XTM Joint Jubilee and the anniversary of the neighbouring Sanicole Aeroclub, a tiger-tail formation with eight jets of different tiger squadrons took off on Sunday for a formation flyby at Kleine Brogel Air Base and Sanicole civil airfield.
An aircrew symposium had already been held on Saturday, with quite interesting topics.

Fifth Generation Fighters - Among other subjects, the symposium gave an outlook on the new age of 5th Generation Fighters, which has already begun in Europe with the ongoing introduction of the Lockheed Martin F-35 Lightning II in Great Britain, the Netherlands, Italy and Norway. Belgium, Denmark and Poland are to follow soon.

Another lecture then dealt with the integration of special operations between land and air forces (SOALI - Special Ops Air-Land Integration). Finally, operational requirements for future NATO Tiger Meets were discussed again, such as night missions and the integration of 5th generation jets in new exercise scenarios.

At the same time, the so-called "Tiger Assembly", consisting of squadron and detachment commanders and the senior advisors of the NTA withdrew for separate talks.
In the Tiger Assembly new NTA-memberships and the five-year plan for the exercise were discussed with regard to exercise locations.
335 SQN from Araxos in Greece will host the next NTM in May 2022, followed by 12 ° Gruppo from Gioia del Colle / Italy, which is on schedule for 2023. After that, in 2024, three Tiger units, the two German Tactical Air Wing 51 “Immelmann” and Tactical Air Wing 74, as well as 211 Squadron from the Czech Republic, applied to host the NTM. Who will be nominated will probably be decided in the coming year. It is important that the five-year plan ensures continuity and planning security for the Tiger squadrons. There are already applicants for the years up to 2027.

Besides that, 2 Squadron of the Austrian Armed Forces with Eurofighter received the status of probationary membership in the NTA. In December 2020 they had taken over the Tiger traditions of the Jet Trainer Squadron (JTS) that was decommissioned after the phase out of the Saab 105OE.

Special guest from the US - At the “Tiger Welcome” on Friday, September 10th, the Base Commander of Kleine Brogel Air Base, Colonel Jeroen “Poeske” Poesen, himself as well a senior tiger, welcomed the former Chief of Staff of the United States Air Force, four-star General Mike Dugan, who specially flew in from the United States. When the NTA was founded in the early 1960s, Dugan, then in the rank of a Captain, was one of the driving forces in organizing the early Tiger Meets.

General Dugan was very much pleased that the old idea of ​​bringing flying squadrons from different nations together to exchange experiences has been preserved up to now, and has even developed tremendously: “In the past, there were only weekend meetings without major flight activities. In the meantime, NATO Tiger Meets are complex high-quality exercises that offer excellent training opportunities for aircrews and groundcrews.” He was also impressed by the Aircrew Symposium and addressed the participants with words of appreciation.
He evidently enjoyed the Saturday evening at the formal dinner together with more than 300 aircrews, technicians and senior tigers from 20 different Tiger squadrons who were able to take part in the XTM weekend.

Tiger Olympics - For those who were not involved in the Tiger Tail Flight on Sunday, it was time to put on sports gear. Twelve teams had to compete in several contests at the sports arena of Kleine Brogel Air Base. Wheelbarrow races, target throwing, relay races and archery were part of it. In the end, the Bavarian Tigers of the 74 Wing from Neuburg / Germany were just ahead of the tigers of the 1 Squadron NATO from Geilenkirchen / Germany, closely followed by the combined Czech team of the 211 Gripen squadron from Cáslav and the 221 Hind squadron from Namest. To round off the event, all teams were rewarded at the end with delicious Belgian fries, hot dogs and Belgian beer, before the teams went back to their accommodation in the nearby Erperheide Center Parc to pack their bags for the departure on Monday morning.

NTA's 60th anniversary - Big thanks have go to the hosts from 31 Squadron from Kleine Brogel, who made possible what was possible, despite many restrictions and short-term changes due to the COVID-19 pandemic. "It was a difficult task that we had, but we are glad that we were able to carry out the joint anniversary weekend in a safe way for everyone," says Luitenant Colonel Davy "Forrest" van Rompaey, Squadron Commander of the 31 Squadron.  Now he is looking forward together with his squadron to the coming Tiger Meet at Araxos / Greece, which hopefully can be executed without major restrictions in early May 2022. 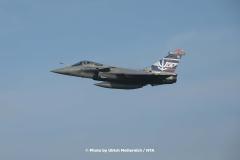 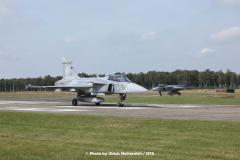 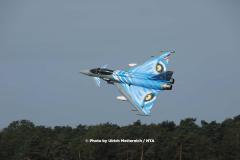 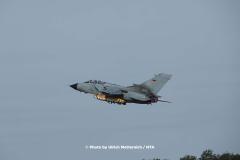 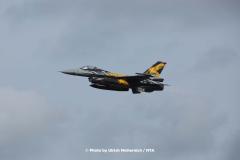 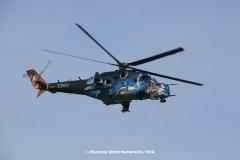 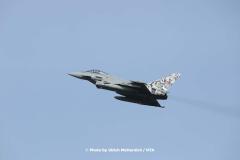 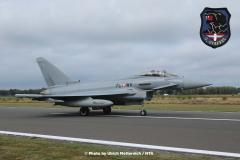