Last Flight of the Saab 105Öe 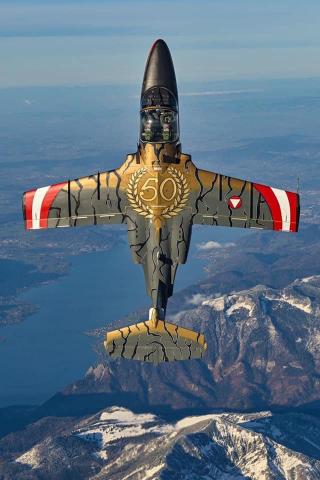 On The last day of the year between 14:19Z and 15:09Z the legendary Saab 105Oë made its last flight in the service of the Austrian Military, after a career of just over 50 year.

The retirement of the 105 also resulted in the Disbandment of the 1st Düsentrainerstaffel (Jet Trainer Squadron) a loyal and spirited member of the NATO Tiger Association since 1982. The NTA was honoured to have these spirited pilots in their midst, and they will certainly be missed.

The JTS brought a Saab 105Öe to a tiger meet as observers in 1997, then still under the 3/3 Staffel designation, and started activly participating from 2005 onwards, it wasn’t until 2013 however that the JTS was awarded full membership of the NATO Tiger Association, having the Honorary membership status until then, due to the fact that Austria is not a part of NATO.

We wish our fellow Tigers all the best in the future, and believe in our motto:

Once a Tiger Always a Tiger