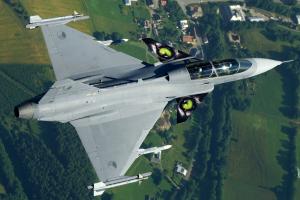 The first of hopefully many specially decorated aircraft for NATO Tiger Meet 2010 has taken to the skies, the Czech Air Force, 211 Squadron, has recently flown a newly Tiger decorated JAS-39D Gripen.

Unlike most Units, that decorate the tail, 211.Taktická letka has opted to decorate the 2 large canards from the Jet fighter. 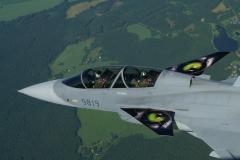 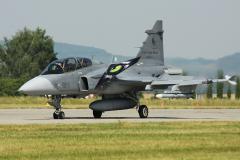