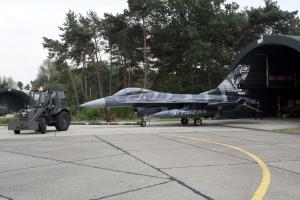 31 'tiger' smaldeel The 2009 NTM host has today, 5 day's before the start of the Tiger meet unveiled their new specially painted aircraft

F-16AM (FA-87) now nicknamed 'Blackbird' has today been unveiled.
It has turned out to be a low-vis tiger motive, that if needed can be used as a front line fighter without having to lose it's tiger stripes. This means that 31 Sqn will be able to keep using the aircraft in operational situatiuns in the next months to come. it had been since 1998 that 31sqn was allowed to paint an entire aircraft. 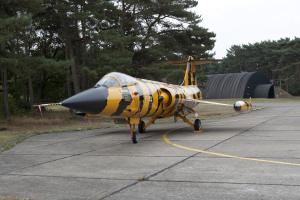 Also present at the unveiling was F-104G, FX-52, the first ever 31 Smd aircraft that was painted in tiger stripes. en guess what, this was 31 years ago... 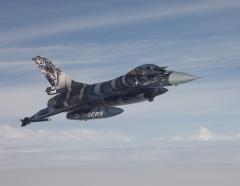